GIC Reinsurance LLC - 100% subsidiary of General Insurance Corporation of India (GiC Re), one of the largest reinsurers in the world that is owned by Government of India, on January, 30th 2020 received a license from the Central Bank of the Russian Federation to carry out reinsurance activities.

The opening of a subsidiary in Moscow was another step towards expanding the international presence of GIC Re: the company has already opened a subsidiary in Johannesburg (South Africa), branches in Dubai (UAE), Kuala Lumpur (Malaysia), and in London (UK) - a syndicate in Lloyd's of London .

GIC Perestrakhovanie LLC plans to offer reinsurance services in all post-Soviet countries except the Baltics.

Transforming the business into a full-fledged subsidiary is a strategic decision and is designed to strengthen GIC Re's position in the region by building closer relationship with customers and partners, simplifying transactions and paperwork, accelerating cooperation in underwriting and loss settlement. The stake is made on the effective mix reinsurance professionals joining the team from India as well as from the Russian market.

MOHASHI Sanjay Vasant has been appointed General Director (and member of the Board) of the Company. His background is nearly 30 years of experience at GIC Re, including his involvement in the opening and development of the company's London branch from 2008 to 2013, as well as leading GIC Re's global aviation division in 2014-2019.

GARMASH Dmitry, who has been working in the Russian reinsurance market since 2001, including the position of Deputy General Director of Unity Re in 2006-2013 and Head of Barents Re R.O. in Moscow in 2014-2016, has been appointed the Company’s Chief Operating Officer.

"We are pleased to successfully complete the licensing process! GIC Perestrakhvanie’s team is practically formed, and we plan to begin writing the inward business in March-April this year. From now on, the entire reinsurance business of GIC Re from the target region will be written by our company. At the same time, the Strategy of GIC Perestrakhovanie implies the preservation of all the basic principles of the parent company, GIC Re, appetite in terms of the proposed capacity and lines of business, as well as approach to underwriting. Based on this base, we strive for even greater efficiency and effectiveness in responding to the requests of our many partners"

REFERENCE:
General Insurance Corporation of India (GIC Re) - the parent company and 100% participant of GIC Perestrakhovanie – was founded in 1972; it is a state-owned specialist reinsurer of India, established by the Government of the country. GIC Re is the largest reinsurer in its region, and since 1982, the year it began international operations, by 2010 it entered the Top 10 international non-life reinsurers in terms of the annual gross premium written (2018-19 - 442 billion INR (equiv. to 6.394 billion USD).
The current international GIC Re rating is: A.M.Best “A-“ (Excellent).
Official website of the company: www.gicofindia.com The document was published after the meeting of the states' Heads in New Delhi on 06.1... 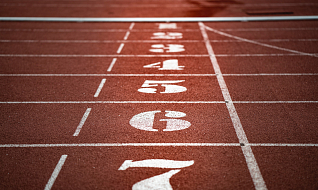 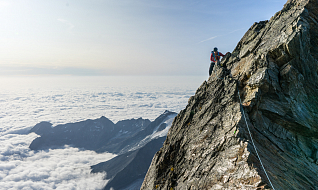 GIC PERESTRAKHOVANIE IS ASSIGNED B++ (GOOD) BY AM BEST